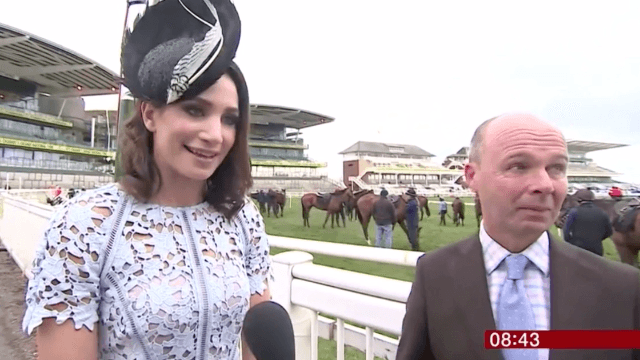 The BBC has been killing it with hilarious and awkward live TV moments recently. Right on the heels of BBC Dad, another spectacularly bizarre interview moment has surfaced.

According to the Evening Standard, BBC horse racing reporter Luke Harvey was being interviewed at the Grand National when he realized that he needed to get to another interview. That's when he made the single greatest exit in broadcast history.

When you're at Aintree with your girlfriend and know your wife watches BBC Breakfast pic.twitter.com/sCo13JZkls

After he was done giving his horse racing tips to BBC Breakfast, Harvey slid out of the shot and ran to make his interview with Radio 5 Live. It would have been a very subtle exit, except for the fact that the camera man panned over to catch Harvey sprinting away to his next interview.