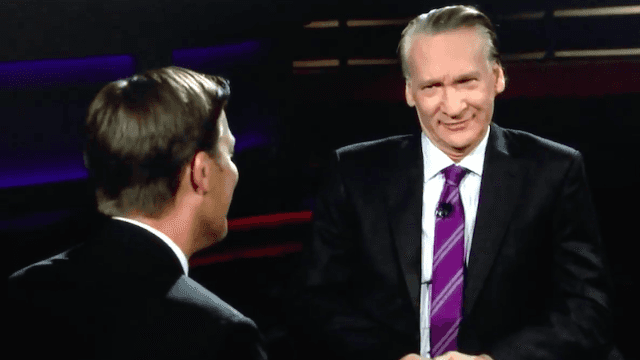 Only a few months after his revolting interview with alt-right ghoul Milo Yiannopoulos, HBO's Bill Maher is once again taking heat for something inexcusable. This time, it was referring to himself with the N-word.

Bill Maher is out here feeling way too comfortable and just used the N-word on his show. pic.twitter.com/JAojuSqn4j

The interviewee who seemed pretty chill with that racial slur is Nebraska Senator Ben Sasse, a Republican who was on Real Time to promote some crummy book whose title I'm not even going to bother typing out. And even he realized what kind of fallout he was looking at afterward.

Am walking off a redeye from LAX.
3 reflections on @billmaher
1. I’m a 1st Amendment absolutist. Comedians get latitude to cross hard lines.