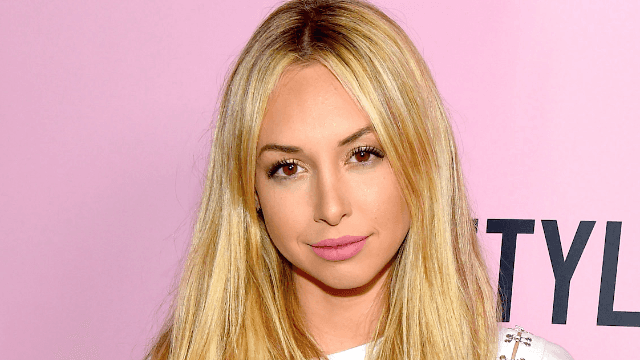 Corinne Olympios speaks out about alleged 'Bachelor in Paradise' assault: 'I am a victim.'

The Bachelor star Corinne Olympios has finally broken her silence about the allegations that a sexual assault took place on-set during the filming of the reality show Bachelor in Paradise earlier this month. "I am a victim," she said in her statement to E! News today.

We first learned over the weekend that Bachelor in Paradise filming was "suspended" due to "allegations of misconduct" on set. TMZ reported on Sunday that the allegations involved Bachelorette alumn DeMario Jackson and Bachelor alum Corinne Olympios (who appeared on Nick Viall's season) and that the show was shut down "after a producer complained about 2 contestants getting extremely sexual in a swimming pool."

TMZ also reported that, although Jackson claimed Olympios was the instigator, Olympios reportedly told friends she was blacked out and too drunk to consent, according to various "insider" sources.

Today, Olympios offered her side of the story. In a statement to E! News, she said: