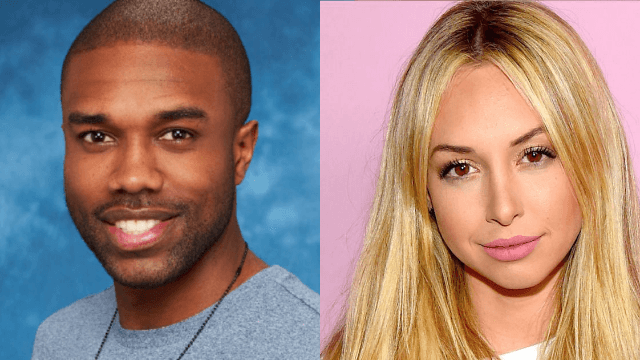 DeMario Jackson responds to 'false claims and malicious allegations' on 'Bachelor in Paradise.'

This week, Bachelor Nation has been captivated by an investigation into "allegations of misconduct" which led to filming on Bachelor in Paradise being canceled. Last night, the Bachelorette star and man allegedly at the center of the incident, DeMario Jackson, spoke out about the rumors.

The incident allegedly involved Jackson (who is freshly off Rachel Lindsay's season), Corinne Olympios (who appeared on Nick Viall's season of The Bachelor), copious amounts of alcohol, and "extremely sexual" acts in a swimming pool that may or may not have been consensual, according to various "inside" sources as reported by TMZ.

In a statement via his publicist, Eve Sarkisyan-Nunn, Jackson said last night:

It's unfortunate that my character and family name has been assassinated this past week with false claims and malicious allegations. I will be taking swift and appropriate legal action until my name is cleared and, per the advice of legal counsel, will be seeking all available remedies entitled to me under the laws.