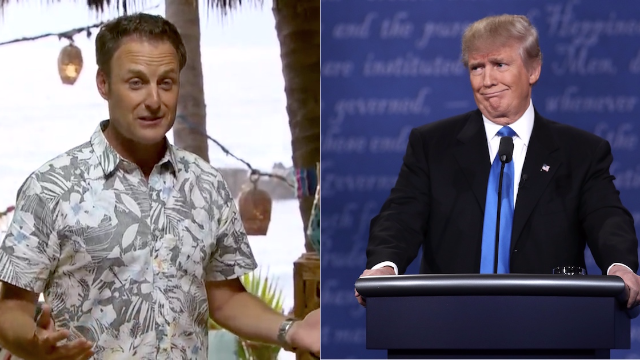 There are a lot of reasons that the American public has been angry with President Donald Trump as of late, and on Monday night, he made things even worse when his primetime address to the nation interrupted the most sacred of all summer reality TV shows: Bachelor In Paradise.

And what's worse is that the interruption happened right before the rose ceremony, where fans would find out which contestants stayed in paradise and which ones were sent home.

Needless to say, fans on Twitter were none too pleased.

Yo, Trump, you gotta address the nation right before the rose ceremony we've waited 3 episodes for? #bachelorinparadise