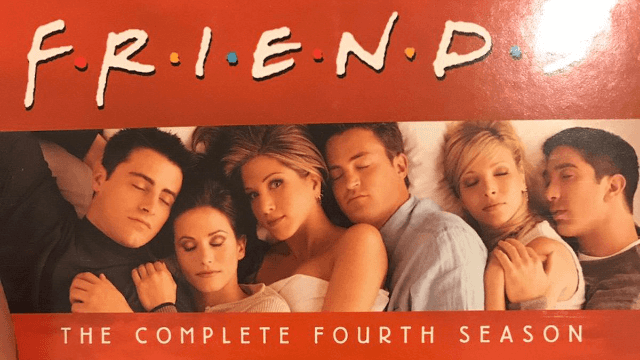 A peculiar detail on this 'Friends' DVD cover has Twitter exploding with conspiracy theories.

Chances are, if you were a human who watched television in the mid-90s to early-2000s, you've come across DVDs of Friends. You probably didn't think much of them, until now.

On Friday, one eagle-eyed Twitter user named Ted spotted a peculiar detail in the DVD case photo for the show's fourth season.

Ted noticed that in the photo, Rachel (played by Jennifer Aniston) is the only Friend who has her eyes open. He asked Twitter for their thoughts on why that may be.

Because this is the internet, Ted's humble request for theories escalated pretty quickly.