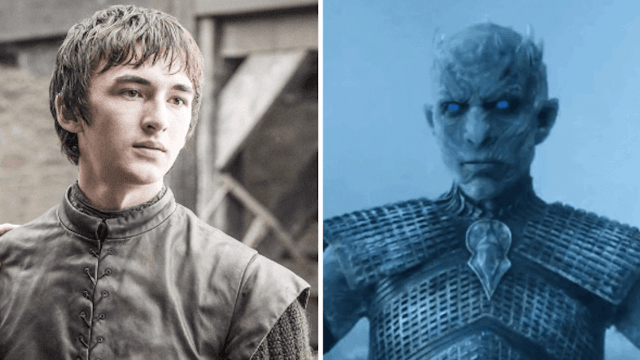 'Game of Thrones' actor shuts down theory that Bran Stark is actually the Night King.

Of all the Game of Thrones theories currently in circulation, one of the strangest yet most persistent, is the idea that Bran "I'm the Three Eyed Raven" Stark is also the leader of the Army of the Dead, a.k.a. the Night King. But while we might never know what's going to happen on Game of Thrones, in this case we know what's not going to happen—and that's Bran Stark turning out to be the head honcho of the White Walkers.

Actor Isaac Hempstead-Wright spoke to Vulture about playing the role of Bran, and among the many topics covered in the interview was that Night King fan theory. He said he'd heard about it a lot, but nope, it's not true.

When the topic of any resemblance Bran might have to the Night King arose, Hempstead-Wright said,

Maybe. I think it’s less that they’re the same person and more that they’re two of the ancient beings of Westeros. The Three-Eyed Raven has been around for God knows how long, and White Walkers have been reported since the beginning of time. As we’ve seen, they were created by the Children of the Forest, so we can’t get much more ancient than that. Perhaps we can think of it as these are two characters with a huge amount of power, but one is a Frankenstein’s monster who is driven by nothing but hatred and violence. Then there’s Bran, who uses his powers for good. I want to find out why the Night King is so obsessed with destroying mankind. We’ll see whether they have any kind of explanations in the next season. Hopefully we’ll find out cool stuff about both of those characters.