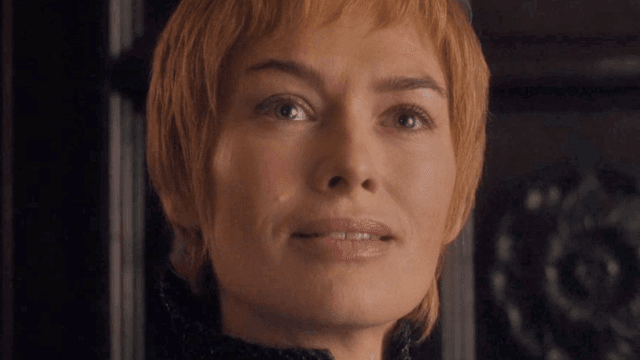 This prophetic 'GoT' theory predicts a bloody outcome for Cersei in the season finale.

WARNING: SPOILERS AHEAD! And catch up already!

Sunday is the season finale of Game of Thrones, and fan theories are flying fast and furious. Who will live, who will die, who will screw, and who will rule—there's still so much action to come before the entire series ends after season 8.

A fan on Reddit has a theory about which character will bite it next, and it's one that a lot of people will be happy (sort of) to see go—none other than Queen Bitch Cersei Lannister. I say "sort of" because she's the character everyone loves to hate, and the show will be quite different without her. But before we start digging her grave, let's remember this is just a theory. I mean, she'll definitely die at some point, but it's not yet clear by who's (or what's) hand.