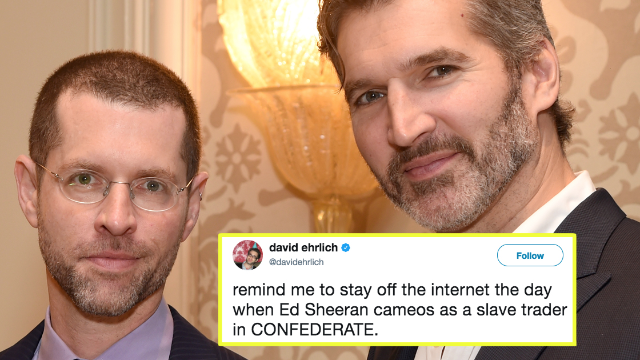 The Game of Thrones creators have a new show! So let's see, what would you want to see from David Benioff and Dan Weiss, the men who brought a huge medieval fantasy to life starring dragons, ice zombies, and warrior-kings?

Is it a Jon Snow spin-off where he just fights the undead?

Is it a Robert's Rebellion prequel starring the guy who played young Ned Stark?

Or is it an alternate history of the United States "where slavery is still legal and southern U.S. states have seceded...?"