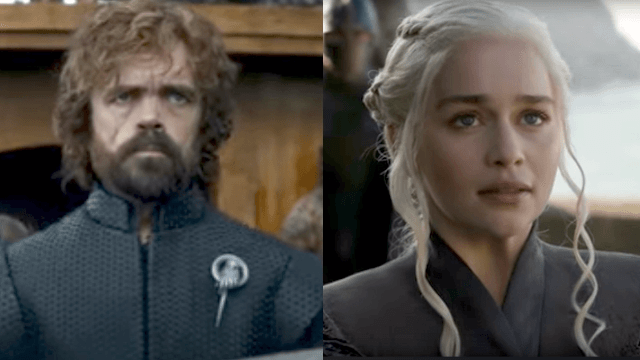 'Game Of Thrones' director responds to that theory that Tyrion is in love with Dany.

There are a million Game of Thrones fan theories circulating around the internet, and after Sunday's season finale, we've added a few more. One of those new theories is that Tyrion Lannister is in love with Daenerys Targaryen.

While Jon Snow and Dany were, ahem, getting it on during last week's episode, we saw a few shots of Tyrion lurking outside the door. This led many to believe that he was pining for Dany, and was jealous that she was with Jon Snow and not him.

So, is this a valid theory? To get to the bottom of it, The Daily Beast spoke with Jeremy Podeswa, who directed the season 7 finale. He's not quite sold on the Tyrion-loves-Dany theory. Here's what he had to say about it:

Well I think there’s jealousy, but it’s maybe not romantic jealousy, in the way that it is for Jorah, for example. I think that for Tyrion, it’s more complicated. I think he has a very special relationship with Dany and he really believes in her as a true leader and has invested a lot in her.