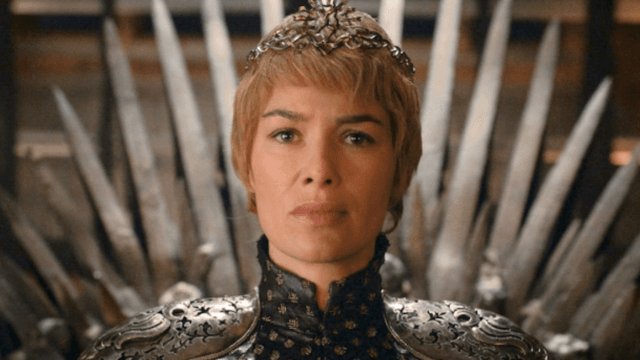 Four people are in jail after 'Game of Thrones' leaks. This sh*t is serious.

Donald Trump isn't the only one losing it over leaks. (*Laughs until I cry.*) HBO has reportedly arrested four people in conjunction with Game of Thrones spoilers.

As Entertainment Weekly reports via Agence France-Presse, the arrests occured in India after the show's fourth episode "The Spoils of War" was leaked online. The leak was traced back to Star India, one of HBO's international distributors which is tasked with storing and processing the episodes. The official charge is "criminal breach of trust and computer-related offenses." We wouldn't wish the wrath of George R.R. Martin on anyone, but it's not looking good for anyone involved in this scenario.

A spokesperson for Star India is attempting to take responsibility for the situation: “This confirms the compromise of episode 4 of Game of Thrones Season 7, earlier this afternoon. We take this breach very seriously and have immediately initiated forensic investigations at our and the technology partner’s end to swiftly determine the cause. This is a grave issue and we are taking appropriate legal remedial action.” The alleged hackers could remain in jail for up to a week HBO gathers evidence. Jail. for a week. Over an episode of Game of Thrones.