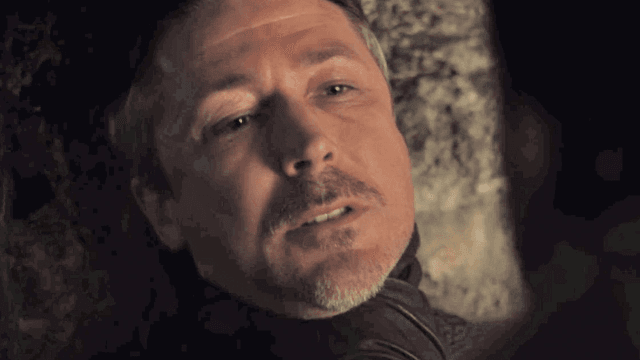 This 'GoT' theory will make you hate Littlefinger more than you already do.

Another day, another slew of Game of Thrones theories. On Tuesday, a Redditor posted a really interesting, really long theory having to do with everybody's favorite sneaky snake, Petyr Baelish, a.k.a. Littlefinger.

There's a TL;DR summary provided within the post, but here's the basic gist of the theory: Littlefinger wants to get rid of Jon Snow because Snow stands in the way of Sansa taking the Iron Throne.

Littlefinger's main plain seems to be to marry Sansa (why not, he's already been in love with her mother and gotten with her aunt?) and then rule the Seven Kingdoms with her. But first he'll let the other candidates for ruler (Cersei Lannister and Daenerys Targaryen) do extensive damage to each other's armies.