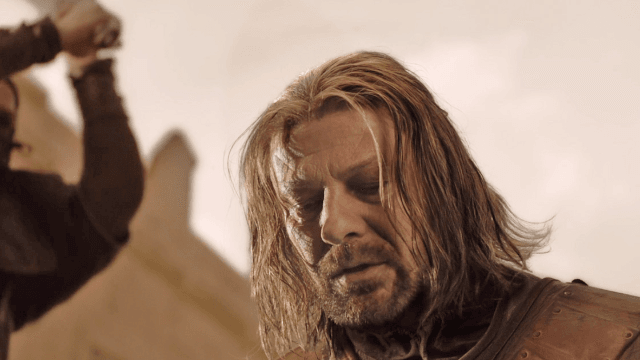 'GoT' fan may have just deciphered the hidden pattern in all the show's deaths. It's amazing.

Lest you forget that basically every single tiny, little detail on Game of Thrones is merely a string woven into a huge tapestry, here's a really interesting discovery a Redditor ​​​​​​made about the vast majority of the killings on the show. Reddit user razobak09 put together a pretty comprehensive list of all the various deaths and murders on the show, and it turns out there's a clear pattern. It has to do with the characters' own behavior on the show before they bite the big one.

Okay, that sounds confusing, but it's really pretty simple—for example, Tywin Lannister had countless Stark men murdered with crossbows at the Red Wedding, and ended up being killed by crossbow himself. Eddard "Ned" Stark beheaded a Night's Watchmen, and in return, he ended up being beheaded. Roose "Crazypants" Bolton killed Robb Stark by stabbing him in the heart, and guess what—Bolton was killed the same way.