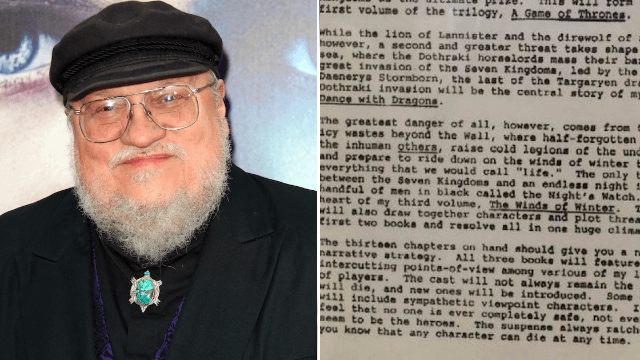 George R. R. Martin's original pitch for 'GoT' hints at the death of a main character. Brace yourself.

Okay, for all of you not thrown off by the spoiler warning above, let's talk about this Game of Theories Thrones theory based on George R. R. Martin's original 1993 pitch for A Song of Ice and Fire.

Before we get into the theory itself, here's a little back story: On February 4, 2015, a British book seller called Waterstones posted the three-page pitch letter written by Martin. The tweet was deleted, but this Redditor managed to grab screenshots, which he then posted on Reddit. Variety also wrote a story about the contents of the tweeted outline, the same day the screenshots went up on Reddit.

There's a transcript of all three pages after the third picture, to make it easier to read.