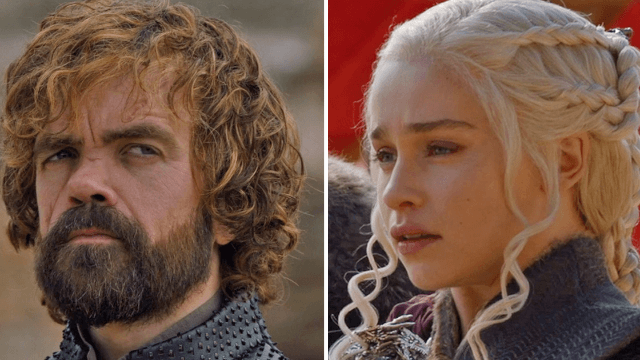 'GoT' theory says a fresh betrayal is the reason Tyrion looked so sad during THAT sex scene.

Yeah, yeah, more spoilers for the final episode of season 7 of Game of Thrones.

Are you tired of Game of Thrones theories yet? Apparently not, because you clicked this link, and that's great, because we'll probably never tire of talking about the show, even way after it's over forever.

But luckily it's not over yet, and right now people are tearing apart Sunday's season finale, "The Wolf and the Dragon," looking for any clues for what might come next. And one thing that seems to have stuck in a lot of people's minds was that ending scene, where Tyrion Lannister catches a glimpse of Daenerys Targaryen, Mother of Dragons, Aunt of Jon Snow, actually getting it on with said nephew. He seemed to lurk in the hallway for a long time, thinking about something—but what? Is it that he somehow knows the secret that the two are related and is distressed by the incest? Does he just think the two of them hooking up is a bad idea, strategically? Or was he thinking about his (possible) SECRET BETRAYAL OF HIS QUEEN and now is feeling guilty af?