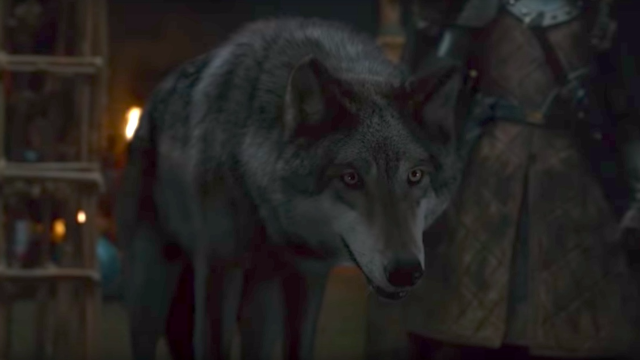 A 'Game of Thrones' fan spotted a heartbreaking detail that will make you mourn Grey Wind all over again.

Every episode of Game of Thrones is a treasure trove of tiny details that either lead to extravagant fan theories or are just really awesome callbacks. During season seven episode two, one fan spotted an Easter egg that will just about break your heart.

If you're a fan of the show, you probably remember that last season, Winterfell was ruled by the objectively awful sausage fan Ramsay Bolton.

We all know what happened to Ramsay during the Battle of the Bastards. And while he's no more for this world, it seems like there are still reminders of his reign all around Winterfell.

An observant Reddit user by the name of Lardt recently pointed out a particularly heartbreaking detail about the Crypt of Winterfell that will make you hate Ramsay Bolton even more than you already did.

Notice the two direwolf statues in this screen grab of the Crypt of Winterfell during the show's first season.