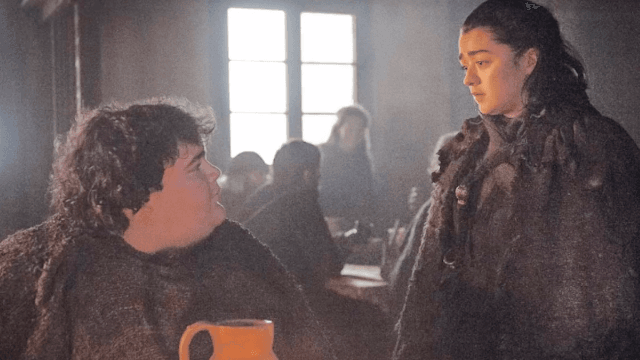 'Game of Thrones' fan figures out the worst character of all. It's not who you think it is.

This is a fairly subjective question, but who do you think is the worst character on Game of Thrones? Queen Bitch Cersei? Euron Greyjoy? The Night King? These are all good obvious choices, because they are just plain evil. But one Redditor has a different idea of "worst," and he's making a pretty good case for it. The worst character on all of Game of Thrones? Hot Pie.

Yes, Hot pie is the reason behind All of this.

Its all because of him , If he didn't tell Arya that Winterfell is under Stark's control,Cersei could e dead now Jon and his company won't get a white a walker They won't go beyond the wall , Visereon would be alive,The wall won't fall

And all Westeros would be united against the Night King .