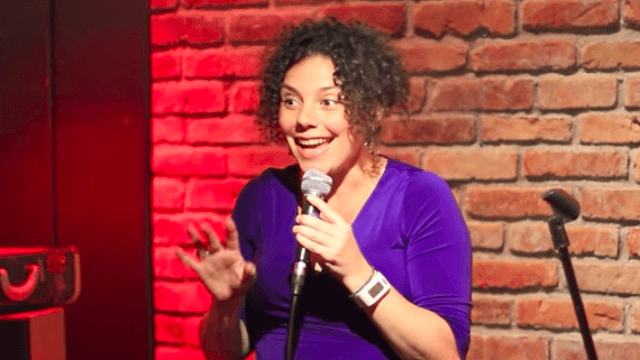 Irene from 'Real World: Seattle' opens up about getting slapped by a guy on the show.

Ever wonder what happens to a reality star once the cameras are gone? For Irene McGee, cast member on The Real World: Seattle, the transition back to real like meant it was time for therapy.

In honor of the show's 25th(!) anniversary, McGee shared a clip from her one-woman-show about her mental health journey with Laughing Squid.

Reeling from getting slapped by fellow cast member Stephen Williams on camera, better known as the "slap heard round the world," McGee decided to seek out professional help. "I was a one hit wonder. I got hit in the face on TV and everyone wonders what happened to me," says McGee.

Unfortunately (and hilariously) as she explains, her therapist with an "intellectual" who didn't have a television in his house. Not only had he never heard of The Real World, he was convinced that McGee was suffering from paranoid delusions and had invented the whole thing.