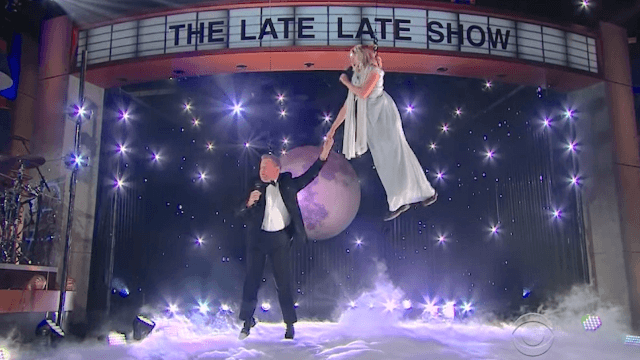 James Corden and Kristen Bell performed a sky-high duet and it could not have gone more wrong.

James Corden and Kristen Bell experienced some technical difficulties on Tuesday night during a performance on The Late Late Show. The pair sang the Joe Cocker and Jennifer Warnes' hit "Up Where We Belong," and as the song started, they were literally lifted up (where they belong). They were hooked to wires and were supposed to be on the same level, but that just kept not happening. Pretty much everything that could go wrong with the duet did, and actually, the whole thing ended up being very funny.

Corden and Bell were supposed to be even as they were lifted by wires into the air, but for some reason, one of them was always much higher than the other. When one would be lowered, the other was raised. It truly was a comedy of errors.