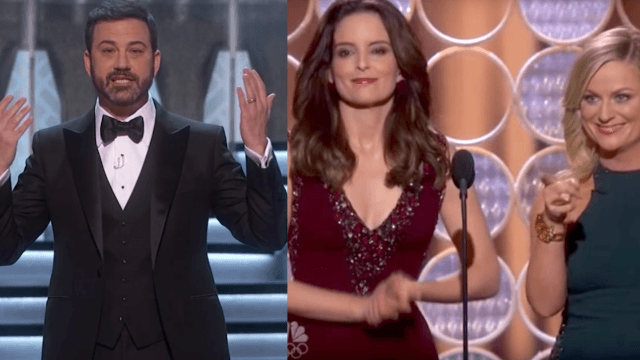 Did Jimmy Kimmel steal this Oscars joke from Tina Fey and Amy Poehler?

While everyone was getting worked up over the Best Picture drama, another Oscars controversy slid in under the radar. People on Twitter were quick to notice that one of Jimmy Kimmel's jokes sounded eerily similar to a joke that Tina Fey and Amy Poehler made while they were hosting the Golden Globes in 2014.

The joke calls out the impossible beauty standards facing female stars in Hollywood. In the version he told at the Oscars, Kimmel points out that actor Andrew Garfield lost 40 pounds for his role in the movie Silence, joking that his weight loss was "an astonishing physical transformation that hasn’t been attempted since every actress in every role ever."