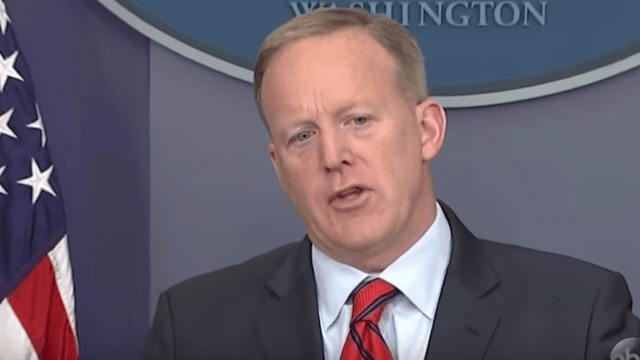 On Tuesday, Sean Spicer used his mouth instead of a shovel to start digging a hole he couldn't get out of. He compared Syrian leader Bashar al-Assad to Hitler, claiming that at least Hitler didn't use chemical weapons. Which is, of course, totally untrue, since Hitler used gas to kill millions of people, something that Sean Spicer should have learned in high school. Apparently his brain was somewhere else during the press conference, though.

In response, Jimmy Kimmel made a "Hitlarious" video of Sean Spicer's inner monologue during the press conference.