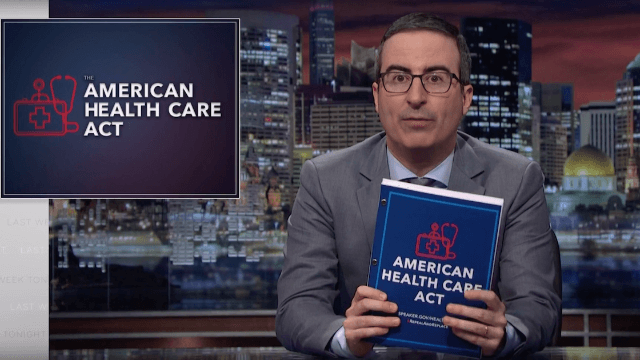 Since Republicans publicly announced their replacement plan for Obamacare last week, everyone has been buzzing about how the American Health Care Act would stack up against its predecessor.

Like many people, John Oliver is unimpressed. On Sunday's Last Week Tonight, Oliver took some time to rip apart what is arguably the most universally hated bill currently on Capitol Hill. ("The Ted Cruz of health care legislation," Oliver calls it.)

In the segment, John Oliver examines what the bill would mean for older, low-income Americans, and tries to figure out why our president Donald Trump, a man who puts his name on everything from ties to steak, refuses to stake his claim on this health care act.