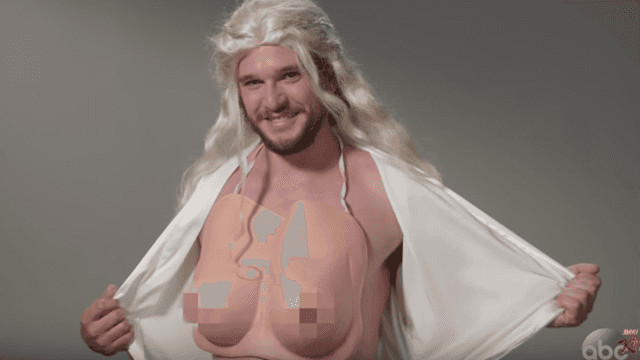 If you watch Game of Thrones, you know at least two things about Jon Snow: 1) he is very hot, and 2) he knows nothing. But here is a fun third factoid— according to Jimmy Kimmel, Kit Harington 'auditioned' for several parts on the show before landing the role of Jon Snow. To prove it, he aired this VERY real and NOT AT ALL FAKE 'leaked' footage of Harington's screen tests.

Check it out, nerds: