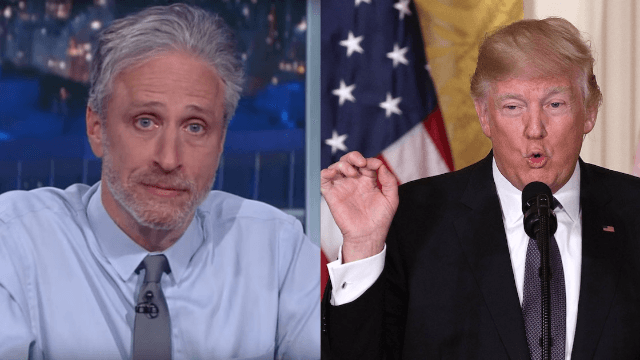 Jon Stewart has a sure-fire way to tell when Trump is lying.

Jon Stewart has been stopping by Stephen Colbert's show to weigh in on Trump's presidency a lot recently. On Monday night, he was back yet again. (You guys think he misses having a TV show?)

Stewart stopped by The Late Show on Monday to offer the media advice on dealing with the Trump administration and offered a sure-fire way to tell when our new president is lying. Stewart pointed out the two little words Trump says when he's not telling the truth: "Believe me."

Jon Stewart also encouraged members of the media to stop whining about the way Trump treats them and do their jobs.