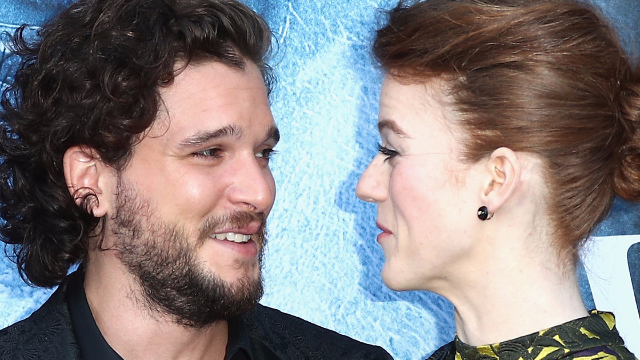 Kit Harington's wedding will delay 'GoT' filming and you can't even be mad.

Kit Harington just pulled a George Martin—delaying your Game of Thrones nerdgasm with little to no remorse. Of course, fans aren't going to blame him for getting married the same way they blame the author for doing literally anything other than writing, but whatever delays the new GoT should be attacked with shame bells.

On the Jonathan Ross Show, Harington explained how he demanded a Thrones producer shut down next season's filming to accomodate his wedding.

"I rang him up and I said, 'I'm getting married and it's your fault actually,'" said Harington, who's marrying Rose Leslie, Jon Snow's first love interest on the show.

"I was like, 'You need to factor in a Game of Thrones wedding by the way.'" And then there's the fact that he's inviting the entire cast. "They have all got to be there so the whole thing has got to shut down."