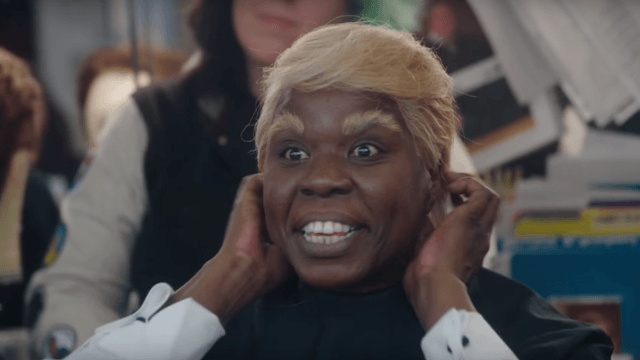 Leslie Jones is out to prove that she has what it takes to play Donald Trump on 'SNL.'

With no immediate end of the Trump presidency in sight, it seems as if Alec Baldwin will be stuck playing him on Saturday Night Live for the next four years. That is, unless the show can come up with someone to replace him.

Leslie Jones hopes to be that person, and she's been putting in some serious work on her impression. Granted, her meeting with Lorne Michaels about the idea may not have gone according to plan, and her fellow cast members are a little skeptical that she can pull it off, but it turns out she's good enough to convince at least one person close to the real-life Donald. See for yourself:

Between Jones' Trump and Melissa McCarthy's Sean Spicer, do we even need men in comedy anymore?