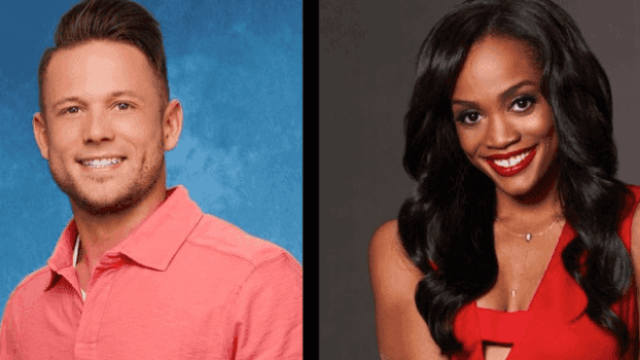 'Bachelorette' Rachel Lindsay says we may still get the takedown of the racist contestant that fans are waiting for.

Fans of The Bachelorette know that racist contestant Lee Garrett is gone from the show, but not forgotten.

Although Garrett and his dog-whistle comments about race were kicked off the show weeks ago, fans have felt the sting of the show's network ABC's choice to cast a man who had tweeted anti-Black Lives Matter sentiments and derogatory statements about feminists long before he was interviewed for the show. As the franchise's first black lead, Rachel Lindsay has a lot on her shoulders. Fans pointed out that the conversation between her and another black woman, who asked Lindsay about the difficulties of leading the show, provided a much more nuanced insight into race relations.

Note to ABC, this convo with Eric's aunt is an interesting and productive way to talk about race. No bigots necessary! #TheBachelorette

But that doesn't mean fans don't also want to see Garrett get the dressing down from Lindsay that he deserves. After the season's winner is revealed, the men all return for a reunion episode called 'Men Tell All.' Lindsay has hinted that she's ready to confront Garrett when they're reunited — and now that she's had the time both to learn about his racist tweets and to watch him instigate a black cast member on the show.