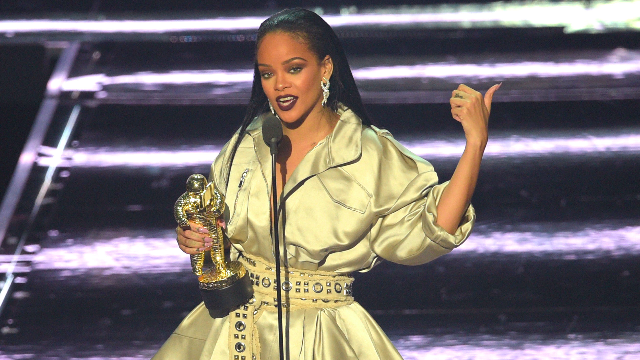 The MTV VMA Moonman is now a 'Moon Person' and Twitter has lots of feelings about it.

MTV is making changes. According to a new interview with the New York Times, the network is working hard to get back to its Carson Daly-hued heyday. What does that look like? For starters, they're taking the quintessential Video Music Award 'Moonman' — which was based on the Apollo 11 Space Shuttle — and making him gender-nonconforming. The new statue will be a 'Moon Person,' according to MTV president Christopher McCarthy.

The move is getting some pushback on Twitter. While the rechristening of a statue might seem low on the agenda for LGBTQ rights, it's the type of small step that can make an overall difference. Imagine a gender-nonconforming teen reading this news. What may seem meaningless to some is an exciting, thoughtful gesture of support to others.