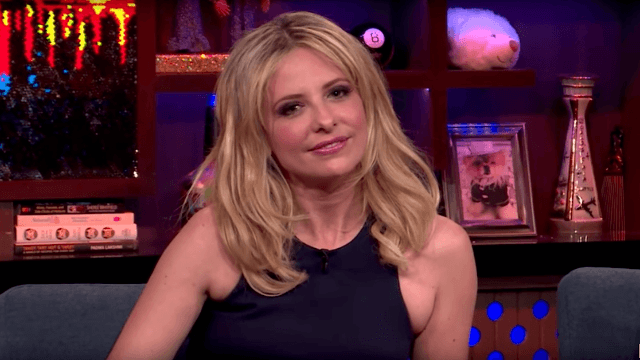 The cast of Buffy the Vampire Slayer has been busy recently. As the show celebrates its 20th anniversary, there have been plenty of interviews and full cast reunions that prove these people are immune to aging.

Sarah Michelle Gellar, who played Buffy on the show, stopped by Watch What Happens Live on Tuesday, where Andy Cohen invited her to play a Buffy-themed round of "Shag, Marry, Kill."