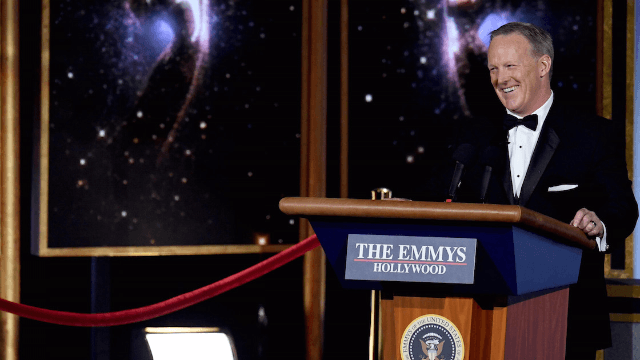 Sean Spicer made an appearance at the Emmys and Twitter was not happy about it.

On Sunday night, former White House press secretary Sean "Spicey" Spicer made an appearance at the 69th annual Emmy Awards show. He came onstage behind a podium, smiling broadly because for once he was in on a joke, and made a quip about—yep, you guessed it—the size of the audience. "This will be the largest audience to witness the Emmys, period—both in person and around the world," he said laughingly to the crowd.

While Spicer himself might have had a ball, he's still the man who lied on a daily basis at the behest of President Donald Trump, so understandably, the gag didn't go over with universal support.