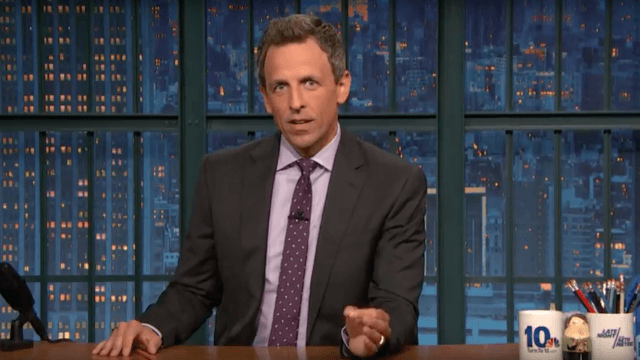 Seth Meyers rips into Trump for his response to Charlottesville.

Like most of us, Meyers was extremely upset by the president's response to the violence in Charlottesville, specifically with his failure to explicitly denounce neo-Nazis, the KKK, and white supremacy.

Meyers ripped into Trump in a no-nonsense monologue that opened his show on Monday night.

"We're so happy to have you here, and we want to get started, we want to have a fun show, but we also wanted to take a moment to address what happened this weekend," Meyers began.