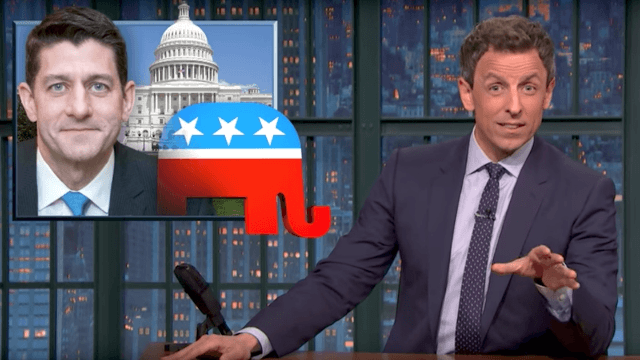 Paul Ryan emailed Seth Meyers about some of his health care jokes. His response was perfect.

We think Seth Meyers has some of the best political commentary in late night TV, but apparently not everyone agrees. Namely, Speaker of the House Paul Ryan.

On one of last week's episodes of Late Night, Meyers talked about the American Health Care Act in his segment, "A Closer Look." Paul Ryan's office apparently took issue with some of Meyers' jokes, so much so that they sent him an email to clear up some of the bill's provisions.

During Monday night's "A Closer Look," Meyers responded to the email, breaking down every one of its points. It did not go well for Ryan.

However, Meyers was very gracious and invited the Speaker to come talk to him in person. "We genuinely appreciate the engagement and would love to have Ryan on the show," Meyers said. Think he'll show up?