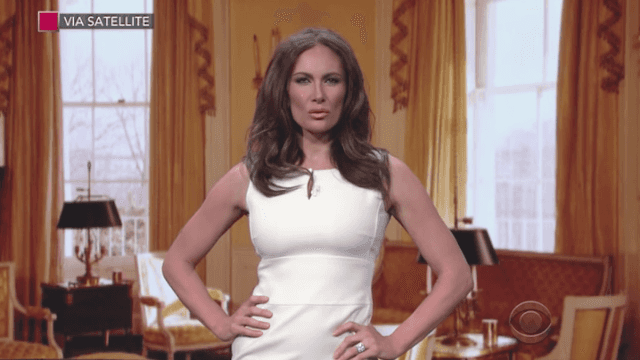 Tuesday night, Stephen Colbert interviewed fake Melania Trump (played ever so perfectly by comedian Laura Benanti) about her move to the White House. For the last five months, while her husband, President Donald Trump has lived in D.C. (and played an extraordinary amount of golf in Florida), Melania and their son Barron have been living in Trump Tower in New York City. But now, Melania's got no excuses why she shouldn't move to D.C. like every other first lady ever. Literally, no excuses. Trust us, she's tried thinking of some, and there are none.