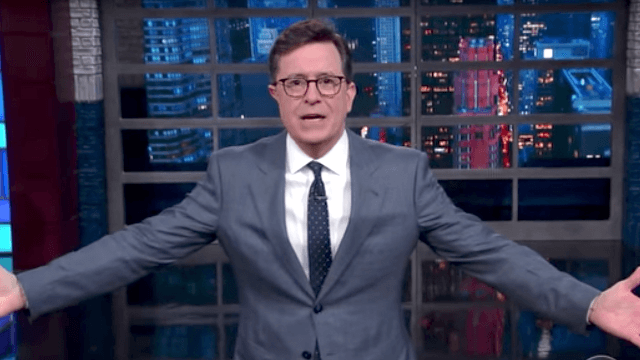 In case you missed it, Republicans in the House of Representatives just barely passed a controversial health care bill on Thursday which would replace the Affordable Care Act. Shortly after the vote passed (217 yeas, 213 nays), the reps made their way over to the White House for a celebration with President Trump. On last night's Late Show, Stephen Colbert rained on their parade.

Unfortunately for these congressmen (who seem to have forgotten how America's legislative checks and balances work), the bill still needs to be considered and voted on by the Senate before it can be sent to the president for approval. In other words, it still has two more hurdles to jump over. In his monologue on Thursday night, Colbert made sure to point out that the bill still has a long way to go:

"They did it! Obamacare is finally, officially dead!"…is something they can say once the bill goes to the Senate then gets out of committee, is debated on the floor where amendments can be added, then the Senate votes on their bill, which is sent to the conference committee where the differences between the two bills are ironed out, then voted on in the House and Senate again, then sent to the White House for the president to sign.