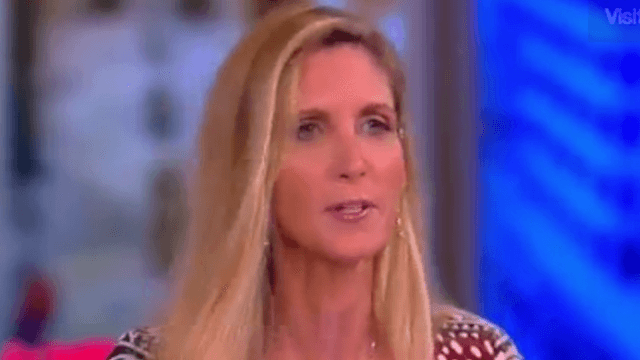 Ann Coulter was booed on 'The View' for a particularly ironic claim about Donald Trump.

Ann Coulter was a guest on The View on Monday where she took it upon herself to try to defend Donald Trump's honor and credulity, a Sisyphean task if ever there were one. Speaking to the panel of hosts, Coulter explained that Trump doesn't hate the media, only the fake media (you know, like CNN and The New York Times).

“You mean the fake news that he has helped put out there, Ann Coulter?” Whoopi Goldberg asked. “You talking about that fake news or just fake news in general? Because he has lied quite a bit, honey.”

But Coulter said that Trump "doesn't lie," he's just a "B.S.-er" and "an exaggerator," comments that were booed outright by the studio audience.