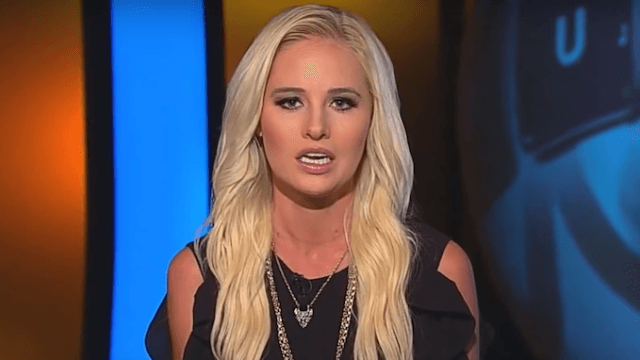 Tomi Lahren is suing Glenn Beck for firing her, and honestly we hope they somehow both lose.

Tomi Lahren, the 24-year-old bottle blonde who says things your racist grandparents love for a living, is suing weepy, paranoid shut-in Glenn Beck for wrongful termination. She claims that he fired her because she expressed support for abortion, which is apparently a no-no at his conservative media company, The Blaze. If only there were someone to root for in this fight!

Lay down and play dead really isn't my style. #FinalThoughts

The lawsuit, according to the Dallas News, alleges that even after Lahren's show was canceled, The Blaze wanted to continue paying her, "presumably hoping they could find an exit strategy to sanitize their unlawful conduct." Her two-year employment contract was scheduled to run through Sept. 30. The Blaze contends that they haven't actually fired her (yet), and will probably win in court anyway.