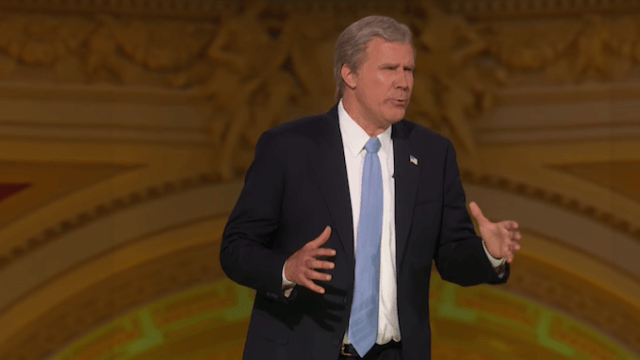 Will Ferrell brings back George W. Bush impression for 'Not the White House Correspondents' Dinner.'

When Samantha Bee announced that she and her show Full Frontal would be mounting a Washington event to rival the White House Correspondents' Dinner, you knew it would be a star-studded event. But who could have guessed that the special secret guest for "Not the White House Correspondents' Dinner" would be none other than the 43rd president of the United States, George W. Bush?

Well, it wasn't. Actually, it was someone even better: Will Ferrell, dusting off his classic Dubya impression after far too many years. "How d'ya like me now?" he asked the crowd, to a standing ovation, going on to announce that "the prodigal son has returned" (though he wasn't sure what "prodigal" means). He explained how history was seeing his administration in a new light thanks to Trump's disastrous first 100 days, caught us up about his life since leaving the White House, and imparted three solemn words of advice to the current president.