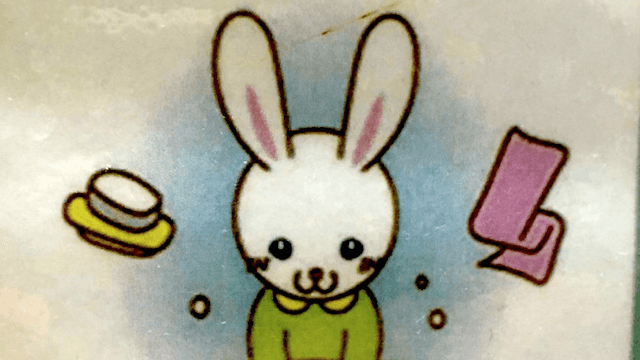 Optical illusion makes this Japanese bunny illustration look like it's pleasuring itself.

A Japanese illustration of a cartoon bunny "washing its hands" has gone viral on multiple social media platforms. And not because of the internet's obsession with personal hygiene. Or because bunnies don't technically have hands.

Here is the picture and see if you can figure out why it's spreading across the internet faster than bacteria in a public bathroom:

The illustration was presumably created as an innocent reminder to wash your hands, like the ones you often see hanging in a public restroom. But due to an accidental optical illusion, combined with the filthy minds of Twitter, most people see a rabbit, err, pleasuring himself.

The photo was shared by Twitter user @Yoshi_10pa, who wrote, translated from Japanese: "Since I have a dirty mind, all I can see is a bunny spreading its legs and washing its genitals," they wrote.