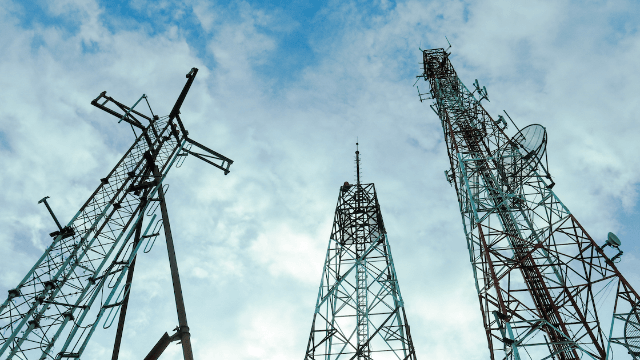 Twitter baffled by a gif that 1 out of 2 people say they can hear.

There's a gif currently circulating the internet (created by Twitter user @IamHappyToast) because people swear they can hear it. But this is totally one hundred percent silent, so there's no way anyone should be hearing anything on this gif. And yet, lots of people claim they hear a "thud." Check it out for yourself.

Does anyone in visual perception know why you can hear this gif? pic.twitter.com/mcT22Lzfkp

Did you hear anything? I didn't, but since so many people are claiming to, it bears some investigation. How is this happening?

Twitter user Lisa deBruine, who tweeted the gif, also tweeted a poll asking about people's reactions to the gif. According to the poll right now, 53 percent of people hear a "thud" when the tower lands (you have to take the poll to see the results thus far).

What do you experience when you watch this gif?

Christopher Fassnidge, a doctoral candidate in psychology at City University London, told the Verge that it has to do with how our senses work. The illusion of sound accompanying this gif is an example of what's called synesthesia — the senses (like in this case, hearing and sight) get mixed up in the brain. Fassnidge's lab refers to this as a "visually-evoked auditory response" or vEAR for short.

Odd that they emphasise the synaesthesia hypothesis, which would predict the experience is very rare, but >75% report “hearing” this https://t.co/XiAZZkHh06 via

For the dozens of people who've suggested it's just your heartbeat:

Typical adult resting heartrate is 60-100 bmp. This gif is about 50bmp, so I wouldn't expect so many people to experience it if it required synchronisation with your heartbeat.

The gif shake seems to cause me to have an extremely minute muscle tensing around my ears (bracing for impact?). I think this is where the sound is coming from for me at least.

This isn't the only gif to give some people the perception of sound — there's a whole subReddit devoted to the phenomenon, called "Noisy gifs." The gifs may be silent, but that doesn't keep everyone's brain from hearing something.