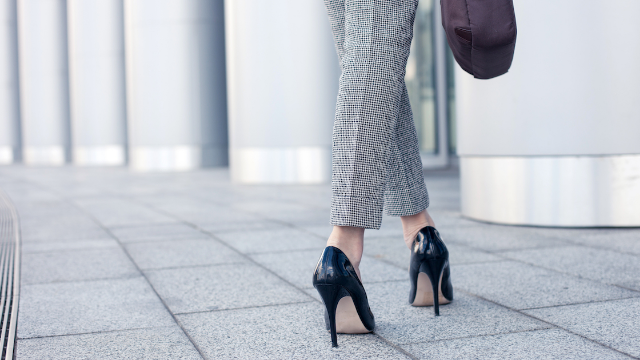 No one can figure out who's wearing heels in this viral photo that's driving the internet crazy.

Right now a strangely posed picture is going viral for creating a bit of an optical illusion.

At first i thought he was wearing the heels pic.twitter.com/GSqurm3AcE

A quick glance at the photo and it might look like the guy is wearing a pair of high heels (NOT that there'd be anything wrong if he were). But if you figure out the positioning of the two people in the picture, you can see that a woman wearing white pants and high heels is leaning over and hugging a man sitting in a chair. See it?

It took a lot of people some time to figure it out. The reactions to the photo were mostly people who said they still saw it as the guy wearing high heels and other people trying to explain what the picture actually depicted.