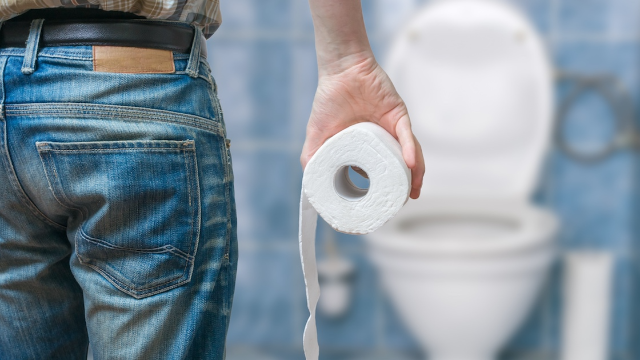 This guy just explained what a 'poop knife' is and people's lives are forever changed.

Some families have customs that are particular to them only. That's the case with this Reddit user, who grew up in a household where (sorry for TMI) the whole family pooped big. They excreted big logs of crap that often refused to go down the drain when flushed. So what do you do? You have a poop knife, of course. A knife used specifically to cut the poop into smaller pieces so it will flush.

[Note: the family's poop did not dance like in this gif, to the best of our knowledge. Who'd cut up a dancing poop? Only a monster, that's who.]

My family poops big. Maybe it's genetic, maybe it's our diet, but everyone births giant logs of crap. If anyone has laid a mega-poop, you know that sometimes it won't flush. It lays across the hole in the bottom of the bowl and the vortex of draining water merely gives it a spin as it mocks you.

Growing up, this was a common enough occurrence that our family had a poop knife. It was an old rusty kitchen knife that hung on a nail in the laundry room, only to be used for that purpose. It was normal to walk through the hallway and have someone call out "hey, can you get me the poop knife"?

I thought it was standard kit. You have your plunger, your toilet brush, and your poop knife.