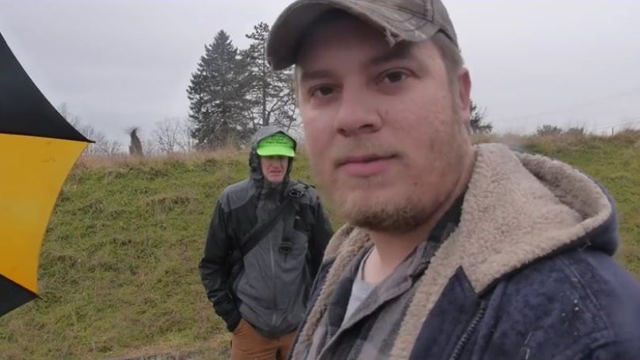 Racist berating black cameraman has no idea what’s about to happen to him next.

While shooting footage of an anti-fracking protest for a documentary on climate change entitled, “The Way We Live,” cinematographer Tom Jefferson was the target of an ugly, racist tirade. John Pisone, the employee of a land management company, came to the protest to confront the “lazy hippies” he saw peacefully assembled. Soon his vitriol was turned on Jefferson who quietly kept his camera rolling while being verbally assaulted. Pisone called him a “chimp” and a “f*cking n*gger” and referred to his dreadlocks as a “mop on his head.”

“I felt it was necessary to document what he was doing and what he was saying so that people can see that there are people out there like this,” Jefferson told AJ+. “There’s a whole underbelly of society who thinks this way but aren’t emboldened enough to come out and say it,” Jefferson says. His calm, journalistic approach to the situation is admirable given the ugly insults and dehumanizing language used by Pisone.