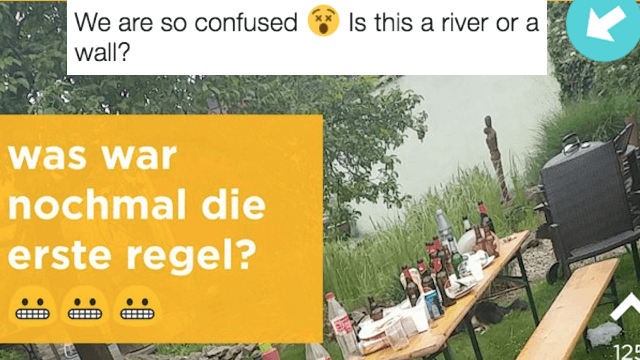 Nobody can figure out if there is a wall or a river in this divisive picnic photo.

Nothing divides the internet quite like an optical illusion. We're all still reeling from that damn dress that drove families apart back in 2015 because no one could decide if it was blue and black or white and gold (it was obviously blue and black, thankyouverymuch).

Well, prepare for another controversy. This photo of the aftermath of an outdoor picnic was shared in a German Facebook group and it's going viral. Because nobody can figure out if the backdrop is a river. Or a wall.

At first it seems like it's obviously a river, but then you look closer and you're like, DEFINITELY A WALL. Has to be a wall.

Most people on Facebook seem to think it's a wall, according to these people who know a lot about rivers and walls: