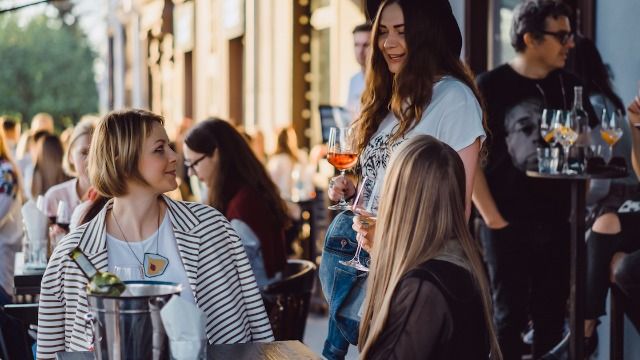 There's something about getting married that can turn otherwise normal people into entitled, fire-breathing demons of greed, but what do you do when a bride and groomzilla try to use your lunch table as an Intagram-worthy moment?

Influencers in the wild are everywhere, and it's hard to avoid becoming a jaded cynic who thinks the main reason anyone gets married is for the social media likes. Oh it's another friend's sister's cousin's birthday? Time to post a photo of them at my wedding 4 years ago because I looked perfect that day.

So, when a conflicted restaurant guest decided to consult the gloriously petty and judgmental moral compass of the internet otherwise known as Reddit's infamous "Am I the As*hole" about a failed wedding photoshoot, people were quick to help deem a verdict.

AITA (Am I the As*hole) for not moving out of my table at a restaurant so a couple could have their wedding shoot?

I was having dinner with my best friend in a very popular restaurant in our city. It's one of those pink/full of flowers restaurants...those aesthetic ones.

While we were sitting there dining and minding our business, a couple dressed as bride and groom comes in. They were having their day after photoshoot around downtown apparently and also stopped at the restaurant to take pics because of the aesthetic.