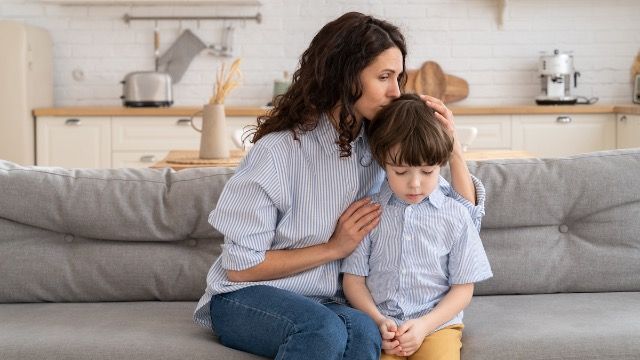 When this mom is conflicted about her son and husband, she asks Reddit:

"AITA for what I said to my son after he scribbled on my husband’s home office walls?"

I’ve been painting a mural for my unborn baby’s nursery and my son (3M) has been watching and helping me do it.

He knows it’s a gift for his little brother and he wanted to do the same for his dad so he went into his home office and scribbled all over the walls while my mother-in-law was watching him.

When we saw what he had done, our son was really excited but I think my husband was in shock because he was just looking at the scribbles without saying anything.

I told my son good job and that it looked really pretty but he needed to use paper next time instead after he said he made a present for his dad.

My husband never said anything in front of our son but when we were alone, he was upset that I said “good job” to him because he doesn’t think I should be praising him for vandalising his office.