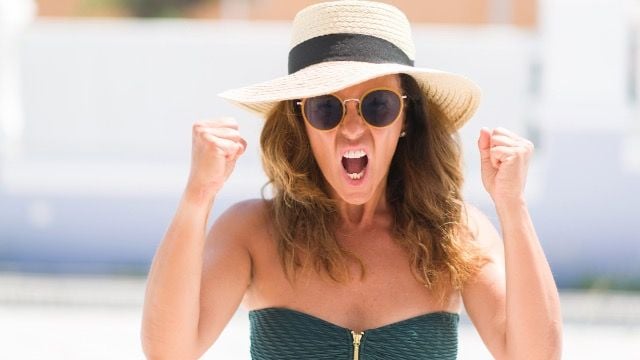 When this niece is annoyed with her aunt, she asks Reddit:

"AITA for telling my aunt to stop being a Karen after vacation incident?"

My family and I went on vacation and we visited the jellyfish museum which was a massive acquarium dedicated to jellyfish. They must've had every species of jellyfish, it was massive and it was so cool as they were so colorful.

A few of the jellyfish tanks for some reason didn't have a protective lid on the top and it was possible to stick your hand in there. That's a dumb idea for obvious reasons and it had a label in Ukrainian and English telling you not to touch it.

The translation wasn't great something like "to put hands in the water is forbidden" but you get the point.

Well my aunt decided to touch them, she explained that she's touched many jellyfish and she knows that this species is safe as she's seen them on the beach. I told her that's not a good idea but she told me to be quiet and she stuck her hand into the tank and it hurt a lot.