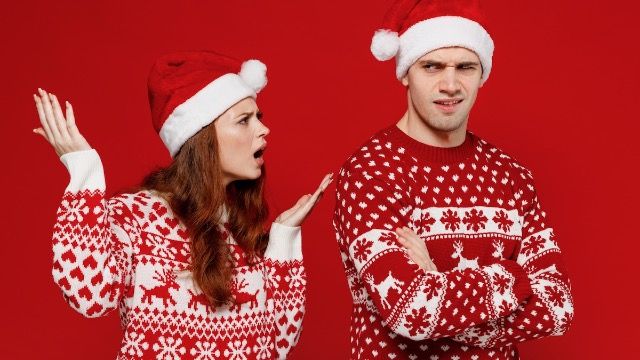 When this woman is annoyed with her boyfriend, she asks Reddit:

"AITA for refusing to participate in my boyfriend's weird "family tradition"?"

My bf and I have been dating for a few months, and he invited me to meet his family for the first time for Christmas dinner.

According to him, it's his brother's (he has three) family tradition to make new partners wear an ugly Christmas sweater of their choosing as a "rite of passage" (his words) for entering the family.

At first I thought the concept was cute (I had imagined things like Santa getting stuck in a chimney, lights, bells, etc). but when they mailed me the sweater my jaw dropped.

It was probably the most vulgar Christmas sweater I've seen (without getting into it, let's just say that Santa was making gestures/participating in an act that was not ok for children to see).

I personally thought it was gross, and it was bad enough that if someone at work saw me wear it I'd definitely get in trouble.