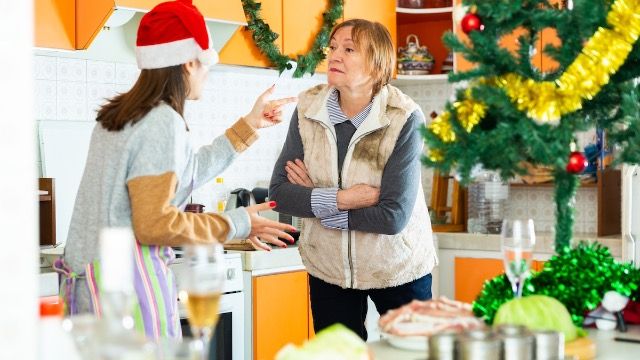 When this woman is upset with her parents on x-mas, she asks Reddit:

"AITA for calling out my parents in front of the family and ruining Christmas and New Year's?"

I (40F) have four siblings. Between the five of us, my parents have nine grandchildren.

While we were at my parents' house for dinner and for the kids to get their presents from them, in the middle of handing out their presents to everyone they gave my nieces *Monica* and *Jill* a big box and said that this present was from them and my sister and BIL and it was something they were going to have to share.

They opened it up and it was a Playstation 5. Many of my nieces and nephews were upset and jealous over the girls' present and rightfully so.

My parents tried to explain that the girls had already expressed interest in sharing one and that their parents asked for help so instead of the girls getting two-three presents like everyone else, my parents put what they would've spent on the girls toward the console and their parents paid the rest.