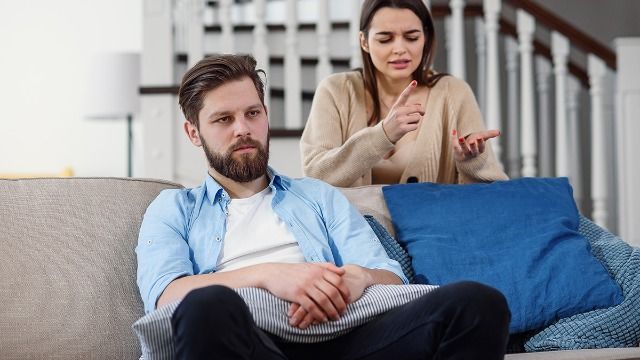 18 men share the 'joke' that landed them in the doghouse with their significant other.

Everyone likes a good joke. Sometimes even a bad joke is fine. But it doesn't matter if a joke is good or bad, if it insults your partner and they're angry at you. You may think they're not justified, but does that matter? You took your shot, and now you have to deal with the consquences.

In this post on Reddt, as user asked people to share the "jokes" that got them in hot water. Here are 18 of the funniest, or least funny, depending on which end of the joke you were on.

I told my wife that 'her identical twin sister is hot.' I obviously meant it as a joke, because like... they're identical? but she did NOT like it at all. Also -- I do not think her sister is hot. They might look the same, but their voices are different, and her sister talks like a valley girl, which is a huge turn-off for me. And my wife is an angel.