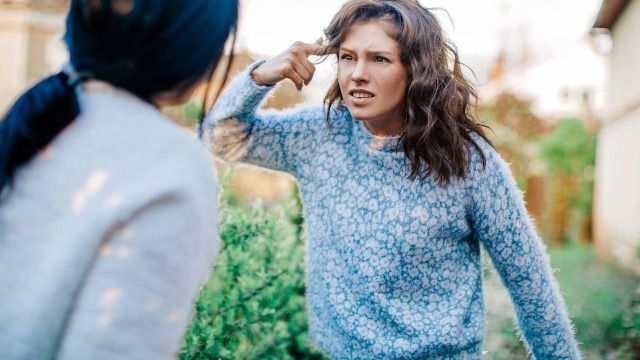 Many people are relieved to have very little say in the wedding process for their own wedding as the frenzy of flower colors, cake flavors, vendors, and centerpieces can be overwhelming...

What happens, though, when the woman you're about to vow to spend the rest of your life with won't even let you wear a white wedding dress? So, when a frustrated cousin decided to vent to the gloriously petty and judgmental Reddit group, "Wedding Shaming," about her entitled and selfish cousin's wedding planning process, people were eager to help deem a verdict.

My cousin excluded her fiancée from every aspect wedding planning...

So this past Christmas was the first time the family had been able to do a big holiday get together since 2019 and Emily showed up and announced she and Anna were getting married (which was quite a shock because no one knew she was dating anyone).

I was chatting with Anna and asked her a couple questions about the wedding and she seemed very disinterested and annoyed with anything about getting married. I assumed that she was just overwhelmed considering they weren’t public until they had announced their engagement that morning and they had probably been asked the same questions a hundred times.